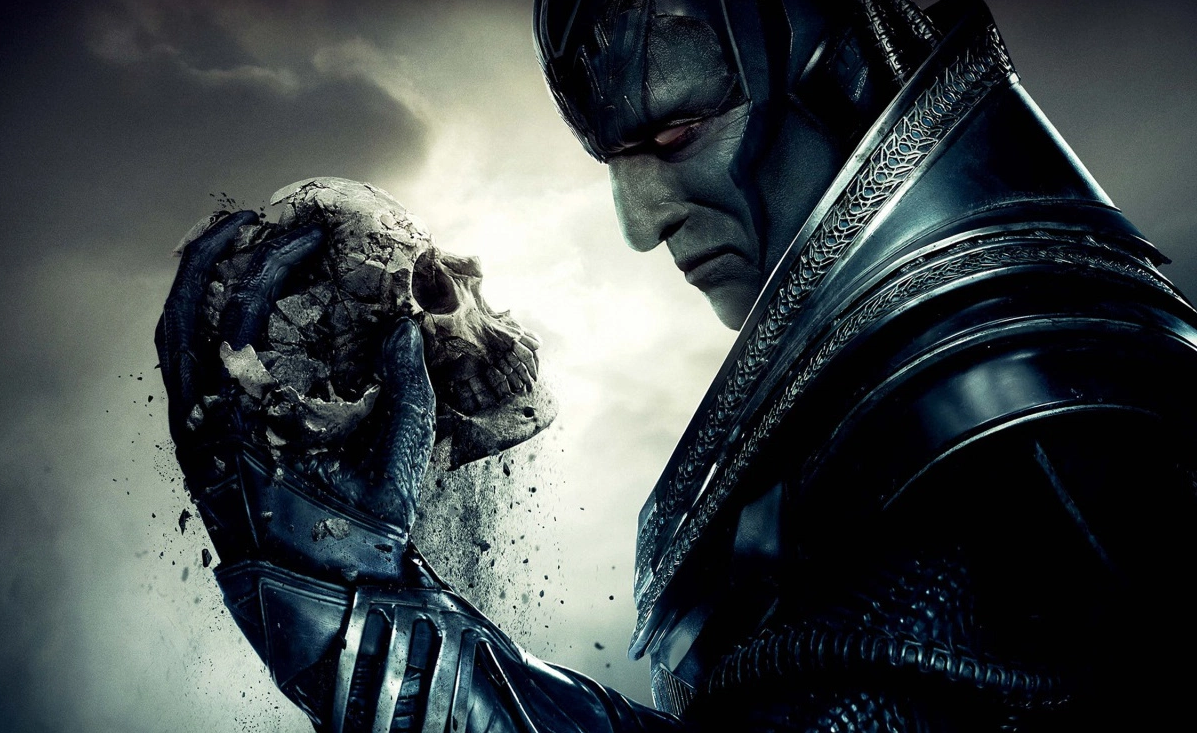 By Erik Brandt
If there’s one thing I like about the McAvoy timeline movies, it’s that they know how to empower villains and show just how powerful some heroes can be when they are pushed to their potential; which I can’t always say the same for the MCU (Marvel Cinematic Universe). One thing that worried fans about Apocalypse is his look. The first images released around San Diego Comic Con last year turned out to make Apocalypse into a cliched, 90’s super-villain that would likely appear on Power Rangers or a Joel Schumacher Batman movie. They later improved his look due to the fan outcry on social media, but not by much. However, what Apocalypse lacks in aesthetic, he makes up for in ability displayed on-screen several throughout the movie and shows us just how God-like he is as the first mutant to ever exist. It takes everyone to beat him, even Magneto at full potential.

The movie begins right where the bonus end-credits scene of Days of Future Past left off, in Ancient Egypt. Here we see Apocalypse, or En Sabah Nur, preparing to make transference to his new host body, played by Oscar Isaac. He’s protected by four loyal followers (referenced as the Four Horsemen) later on in the movie to make sure the transference process goes smoothly. However, not everyone who worships him agrees that he should be ruling over Egypt. Long story short, their assassination attempt fails, Apocalypse transfers his old body into his new host and at best; then gets engulfed by the destruction of his palace, which he’ll later be awakened thousands of years into the present X-Men timeline of the 80’s.

Another thing I love about the current X-Men movies is their ability to push the PG-13 rating to the limit and I don’t just mean by having big characters drop an F-bomb for comic relief, but by showing brutality and extreme violence to prove how powerful some mutants can be. This is another thing that the MCU struggles with in order to appeal to a much broader audience. However, what they lack by playing it safe all the time is usually a better-written story and characters. That’s not to say the X-Men series isn’t like that. I’ve noticed X-Men characters are better written than the overall story of the movie and maybe that’s from a combination of casting the right actors who look the part and having an understanding of the source material. For example, Magneto’s arc in this is quite powerful. You’re really happy for his new life, laying low and with a family. Then something tragic happens and Magneto goes back to being Magneto, which is usually always justified somehow. But his story is strong because it’s played a fantastic actor, Michael Fassbender.

They condensed a lot of classic X-Men story arcs into one movie to prepare for the next wave of sequels, but that makes the movie suffer a bit from too many characters. Some of them are hardly utilized properly like Jubilee, who only has a very short cameo but doesn’t use her powers, just like in the original Singer timeline from the early 2000’s. Cyclops is treated much better however, with lots of fan service in this one. Quicksilver steals the show again, using his powers to save the Academy students from being killed by an explosion caused by Apocalypse. Wolverine’s sequence is served to tie-up loose ends for this current timeline and to move the plot forward a bit (another bookmarked scene of the movie). It’s right out of the panels and the Fox Kids animated series… if you’re old enough to remember it.

We also meet some classic mutants like Psylocke, Angel and Storm that weren’t done much justice in X3: The Last Stand. Apocalypse amplifies their powers in exchange for unconditional loyalty to his cause, which is to cleanse the Earth of weak people and rebuild with the remaining strong survivors, to which humans will have no part of this new civilization. Luckily, the X-Men have something else to say about that.

The final battle is probably one of the most visually spectacular shows the series has ever displayed. Apocalypse is truly not someone to be trifled with, and everyone on the team contributes. The movie balances out with a decent rate of pace. Unlike previous timelines where Wolverine led, then followed by the X-Men; everyone seems to share an equal amount of screen time to the fight this time around. So, to those who are worried that Mystique is in the spotlight for a lot of the movie, fear not.

X-Men Apocalypse is full of condensed plotlines and a visually lackluster villain, but the movie finds gems in spectacle, teamwork and empowering the mutants to their full potential against a God. I’m hoping the MCU gets things right with Thanos in The Avengers: Infinity Wars. Otherwise, another great injustice will be done to a powerful character and Thor’s brother Loki will take the cake. In a nutshell, the latest X-Men installment is indeed worth the trip to the theater.